The first part of the big Winter update has been released, the system reorganization, and man is it a big one. Tons of things have been changed about MapleStory! There was also a teaser video released which I’ll discuss with you. Read on!

Edit: A new entry in Inkwell’s Secret Diary has been released! Check the end of the post!

It seems Nexon has high hopes for this Winter break, and looking at the first patch, who can blame them? By the way, sorry for being so late, I’ve been at school all day~ 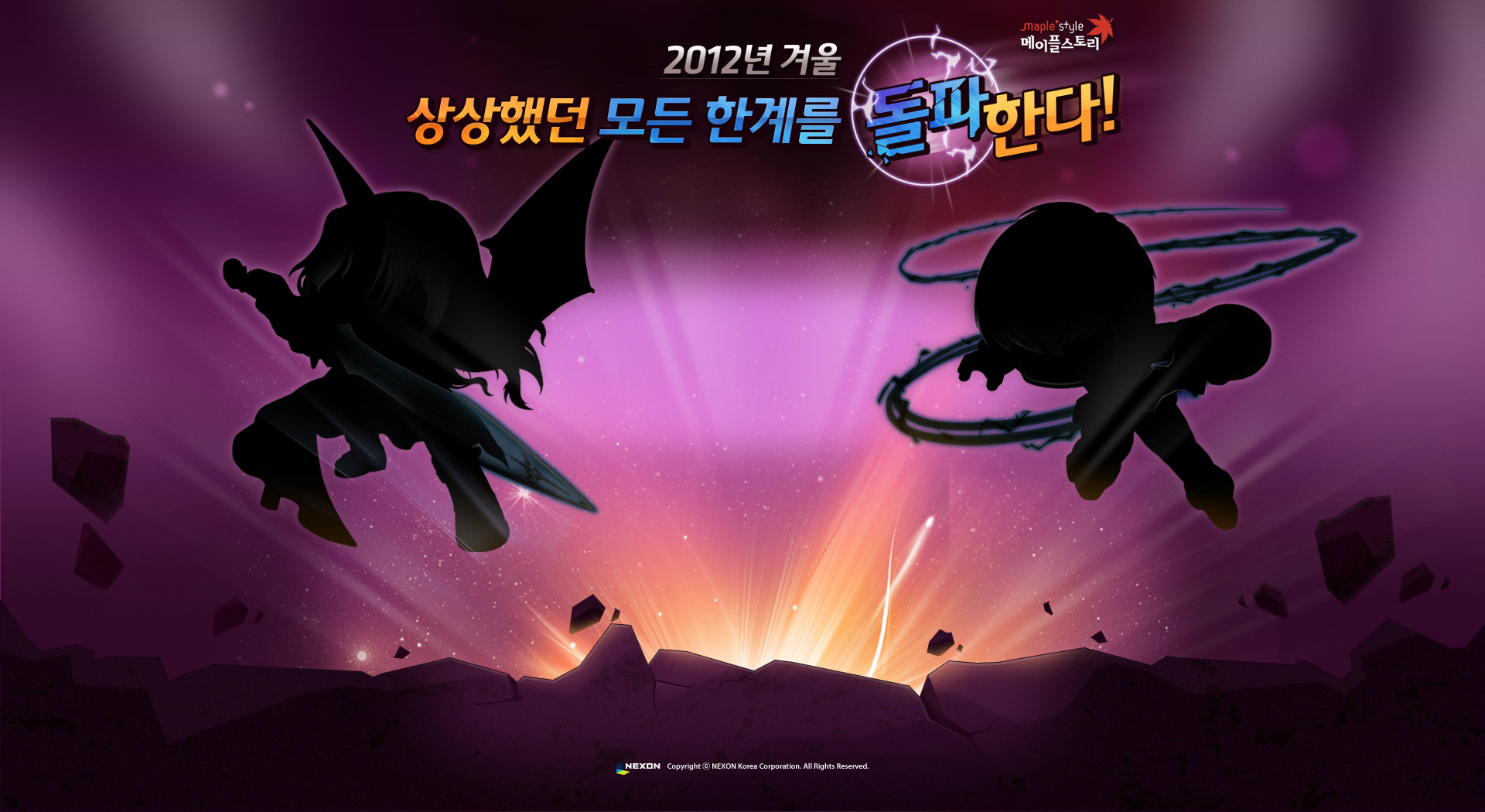 This is the background of the teaser page on the MapleStory homepage. Who could these shadowed characters be? One seems to be holding a sword with wings, while the other has some sort of whip? We could possibly be getting two jobs this update!

Anyways, let’s get right into the patch details! First of all, there are new Random Options for equipment! Equipment will randomly have 1 ~ 4 Random Options when bought or picked up. There are 5 ranks for Random Options, each having better stats than the other. The Random Options will also be increased based on the level of the equipment.

If you create your own equipment using professions or buy them from a shop, there will be a limit on the rank of Random Options you receive. If combining equipment, both must have Random Options for the new item to have it.

Random Options appear as yellow text for regular stats and white text for the special stats that it can add to an item (% boss damage, % total damage, % all stats, and equipment level reduction). The Blue Battle Empress above has its level requirement decreased by 25. This does not affect the stats of its Random Options.

The level 110 Dragon series weapons now drop from regular monsters. In addition, level 90, 100, and 110 equipment have a chance to have their required level increased to up to 40 levels more when dropped by monsters. This will affect their Random Options. They will be more likely to have increased requirements when you hunt monsters with higher levels.

For items level 140 or above, there will now be a Scissors of Karma limit. This means that once you karma your item too many times, it will become untradeable forever. This applies to Platinum Scissors of Karma as well. What kind of change is that…

The drop rate of equipment has been permanently increased by 5 to 10 times its previous rate, depending on the level of the equipment! Magnifying glasses are also no longer required to identify items, you simply use the icon in your inventory (the mesos that it would cost are taken away from you instantly).

One more deck has been added to the Character Card system, for a total of 3 decks. However, you can no longer use the same job card in more than one deck.

Inner Ability has received a small change. Monsters will now drop the Medal of Honor, which will give you 100 ~ 1000 Honor if used. The higher the level of the monster, the higher chance of one dropping. Yay, a way to level up my Honor without going to boring Aswan~ 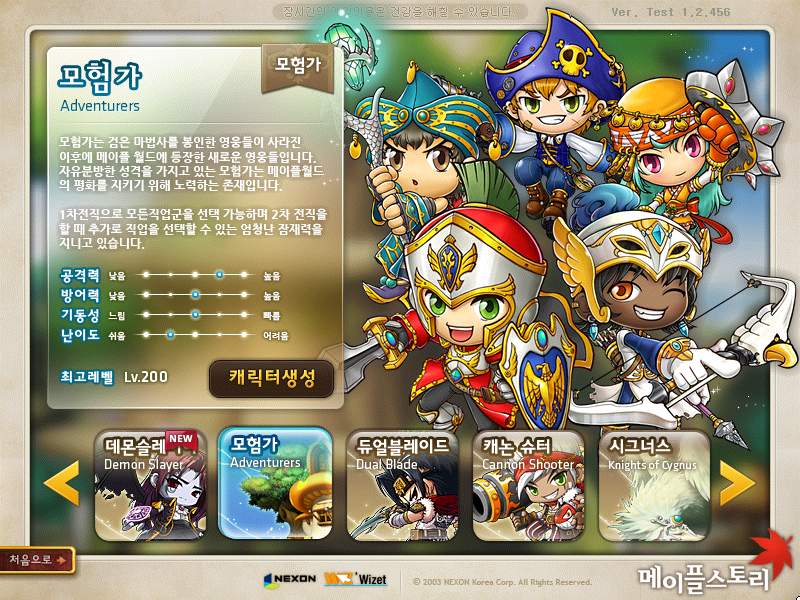 The character creation screen has received a huge reorganization! There is now a scroll bar at the bottom for the buttons of each race. On the top is an overview as well as a large picture. I think it looks really nice~ Here are the other jobs:

A new type of cube, the Strange Cube, has been added. It drops from boss monsters and can only be used on Rare or Epic items. This cube works just like other cubes, but it cannot raise a rank past Epic, and can even decrease your item’s rank from Epic to Rare!

Some things about items were changed as well. Prices for equipment in stores have been decreased, and the price to repair durability has been decreased has well.

All bosses have received a huge reorganization! First of all, when fighting them with other people, you will no longer see other’s damage or skill effects. Secondly, rushing skills no longer affect boss monsters. Finally, all of their experience given have been decreased by a lot. You’ll really only want to boss now if you want the items that they drop, because they’re terrible for training.

Arkairum and his summons’ HP have been increased
Arkarium from 2.1b to 31.5b
Priests from 5m to 500m
Physical attacks will now work on Arkairum’s summons
Arkairum’s skill delays have been adjusted

Normal and Hard mode’s HP as well as her summons’ HP have been increased
Normal from 315m to 700m
Hard from 2.1b to 42b
Hilla’s attack delays have been adjusted
The characteristics of some her attacks have been changed

Van Leon and his summons’ HP have been increased
Van Leon from 550m to 10.5b
Van Leon’s attack delays have been adjusted
Some of his summoned monsters do a fixed percentage of damage to characters
The characteristics of some his attacks have been changed
Time limit has been decreased from 60 to 30 minutes

A new entry in Inkwell’s Diary, Inkwell’s Letter, has been released! It says that hunting will become more fun, characters will be stronger, and monsters and items will balance adjustments. Also, the update will be revealed to all on November 29, look forward to it!