One more Tespia patch has been released before tomorrow’s update for MapleStory Unlimited! This one brings final changes to the new items, bosses, as well as some changes to Demon Avenger, which will be coming later this month. Read on for more information~

There were some changes to the Flame of Reincarnation item. First off, they now drop from certain bosses~

Secondly, as you know, when you use a Flame on an item, it gives it 5 scissor counts. Well, now if you use it on an untradeable item, that item will also gain these scissor counts! But what type of scissor would you use on those?

The new Silver Karma Scissors, which are not a Cash item but are available in game! Currently they’re in the Winter Limited coin shop, I guess they’ll be like an event item.

Strange Cubes are now tradeable~ Slightly related, the chance of getting a rank above Rare on equipment found from monsters has been increased! I wonder how much this change actually is, haha.

Equipment items’ tooltips have been reorganized! You will now be able to see how much an item will affect your range if you were to equip it.

The ‘ignore monster’s defense’ stat has been reorganized, the way that it stacks has also been changed. It doesn’t give any specifics, I don’t know what this actually means…

The new Maple Mentoring system has been added! You can pair up with someone else to be a mentor and mentee. If you two hunt in the same map, you’ll receive an extra 20% experience and 30 attack and magic attack. You can also complete different missions to obtain reward boxes.

There were (even more) boss changes as well. First off, for high level bosses, drops will now be distributed equally, and each person can only pick up the drops assigned to them. Second, equipment dropped from bosses will have higher Additional Options than regular equipment.

Also, in Zakum and Cygnus, you cannot kick anyone from your party once you enter, and if someone leaves the party inside, they will automatically be kicked out of the room.

Arkairum has received the Death Count system, once all deaths have been used up, the fight will automatically end and you will be removed from the map
Cygnus 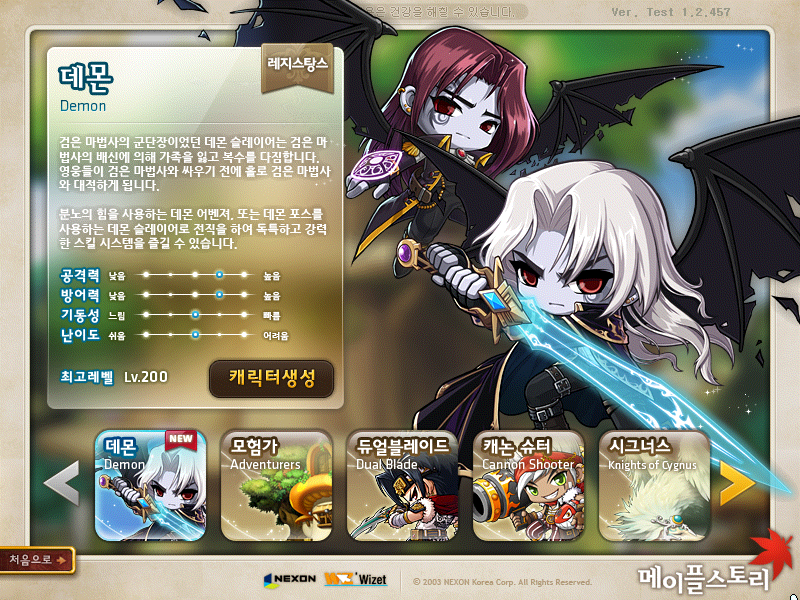 Now lets look at the Demon Avenger skill changes. For all Exceed skills, the increased HP usage for each stage has been increased (e.g. before this patch after using Moonlight Slash 5 times you would consume 5% HP each time but now you will consume 7% HP).

Also, the amount of HP you gain when putting AP into HP has been changed.